The theory of yin/yang is quite simple. You have two opposing metaphors that define all phenomena on Earth. Every compounded entity in this world has a yin/yang component to it. The example below gives an outline on yin/yang: 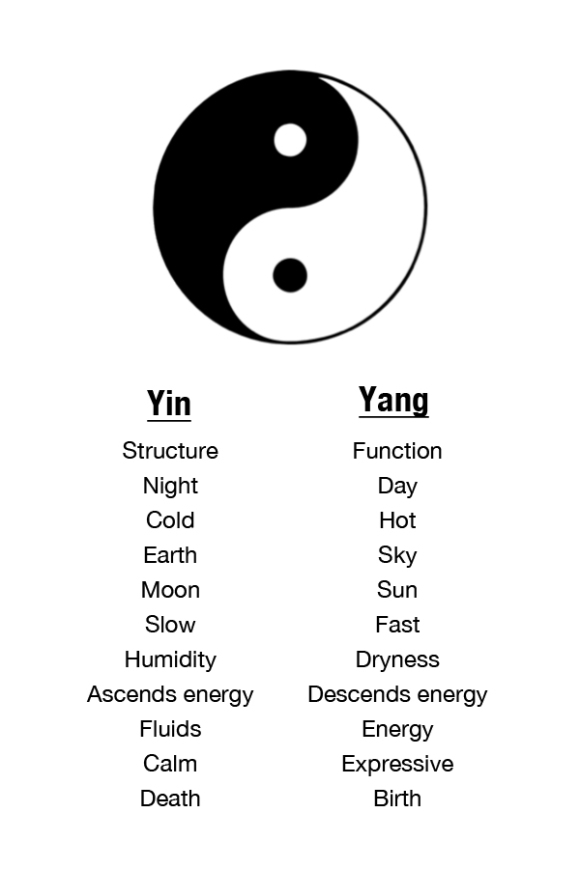 How does if relate to the body?

Just like all phenomena in the universe, everything has a yin and yang component. In Chinese medicine, yin/yang can be broken with a few basic ideas:

A. Yin. Lack of energy is of the yin orientation.

A. Yang. Exertion of energy is of the yang orientation.

Too much of something…

Too much of anything is not good for you. In yin/yang theory this is what happens:

Too much yin becomes yang.
Too much yang becomes yin.

Scenario #1
Jennifer runs too much, now she exhausted. (Too much yang becomes yin.)

Scenario #2
Stephen is extremely sedentary and is experiencing sharp hip pain. (Too much yin becomes yang.)

There isn’t really anything more spectacular to yin/yang than that. The next step is look deeper into the key ideas of deficiency, excess, and stagnation, where we shall see what does is mean when Stephen is always tired and what does it mean for Jennifer to have a lot of energy.